How Long? – Holding on to Hope

How Long? – Holding on to Hope

By Rev. Jim Melson, Executive Director of The Cornelius Corps 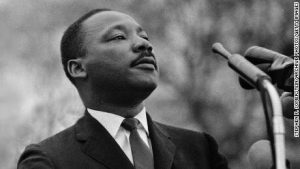 The news reports this week about hatred, violence, and death from Atlanta, GA and Boulder, CO are devastating. The combination of racist anti-Asian hate and mass murder raises the question, “How long until we put an end to racism and violence in our nation?” Fifty six years ago this week marks the conclusion of the famous Selma to Montgomery march. At the end of that historic journey, Dr. Martin Luther King, Jr. gave a speech in which he reflected on the long struggle for racial justice. At that point, he had been a leader in the civil rights movement for nine years and there was no end in sight to the challenges they faced. Yet near the end of the speech, Dr. King repeated the question, “How Long?” while at the same time holding on to hope. Here are his words that still ring true in our time and in this week marked by hatred and violence:

I come to say to you this afternoon, however difficult the moment,  however frustrating the hour, it will not be long,  because “truth crushed to earth will rise again.”

How long? Not long,  because “no lie can live forever.”

How long? Not long,  because “you shall reap what you sow.”

How long?  Not long:

Truth forever on the scaffold,

Wrong forever on the throne,

Yet that scaffold sways the future,

And, behind the dim unknown,

Standeth God within the shadow,

Keeping watch above his own.

How long? Not long, because the arc of the moral universe is long, but it bends toward justice.”

One major step toward holding on to hope is being honest about the realities we face. After the mass murder in Atlanta that targeted Asian Americans, Vice President Kamala Harris addressed the nation. She spoke clearly about the legacy of racism in our country including anti- Asian racism. This honest confession was not to denigrate our country but to move us toward hope by confronting the past and its legacy in the present. A part of the video of her speech is posted below. The words of Vice President Harris and Dr. King remind me of the familiar words from Scripture, “If we claim to be without sin, we deceive ourselves and the truth is not in us. If we confess our sins, God is faithful and just and will forgive our sins and purify us from all unrighteousness.” (I John 1: 8-9)

How long until racism and violence in our country finally end? We don’t know. Yet we can hold on to hope as we confront and confess these realities and trust God to show us the next step forward toward love, peace, and justice for all people.

Kamala Harris: ‘We Will Not Be Silent in Face of Asian-American Hate Crimes’