I cannot think of justice without seeing a policeman’s knee upon George Floyd’s neck, or remember Breonna Taylor dead on her apartment floor, an innocent victim of a poorly conceived and horribly executed warrant.

I thought of a prophet’s exchange with the powerful that occurs in the Christian scriptures.  Jesus was more than a prophet but he was certainly no less.   He always spoke truth to power.  John’s gospel contains the unique story of the woman caught in adultery.  Many scholars believe the story reflects an actual encounter though it probably was not originally a part of John’s gospel.  If that’s accurate then the story was considered so important to understanding Jesus that it was added.

You know the story.  Religious leaders attempted to discredit Jesus by making him pass judgment on a woman caught in adultery.  They brought her before Jesus and reminded him Mosaic law required she be stoned.  He bent over, wrote in the sand, and then told the men whoever was sinless could throw the first stone.  The religious leaders walked away, and Jesus told the woman he did not condemn her; he charged her to amend her ways.

I wonder if the unequal treatment men and women received under the law had any influence on his actions.  Women were property, so adultery was a violation of a man’s property rights, the man who had charge of the woman, a husband or a father.  The man who participated in the adultery was not brought before Jesus, implying selective prosecution based on gender. Of course it was a different day and time with different laws and norms and it isn’t good exegesis to impose today upon a distant yesterday.

Perhaps Jesus wrote in the sand Where’s the man?

Women still make less than men for the same work, and our laws have not corrected the inequity.  If you watched the Vice-Presidential debate you recognized that the interruptions Pence inflicted on Harris would never have been tolerated if roles were reversed.

We have repeatedly been made aware people are not treated equally by the law or law enforcement.  Black and brown people are more harshly prosecuted than white people for the same offenses.  Black and brown people lose their lives to police in numbers that do not correspond to their percentage of offenses or percentage of population makeup.  Police would not have been granted or served me with a no-knock warrant and would not have broken into my home after midnight.

I wonder if Jesus might have scribbled I am weary of this!  I suggested the thumb of God is placed on the scale of justice to favor the helpless, the poor, those who are victimized by systems they feel powerless to change.  But in our current society the law’s weight is too often used in favor of those who have instead of those who have not, is used to perpetuate racism and inequalities tilting the scales toward those in power.

I am afraid that in our nation today, faced with Jesus’ declaration about whoever is sinless casting the first stone, there are plenty of folks who would quickly bend down, grab a rock and hurl it.  In some ways those in power today do.  Some might say it’s demonstrators, those who consider themselves victimized and powerless, who throw rocks and bottles, but I suggest leaders and legislators toss boulders when the poor and marginalized are crushed beneath unequally applied laws and unjust actions. 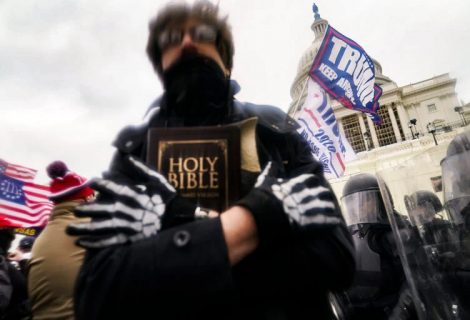