Thank God the American Church is Not Growing: A Lament

Thank God the American Church is Not Growing: A Lament 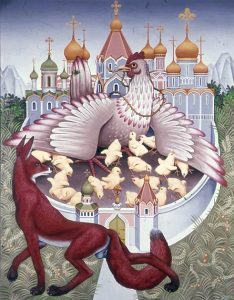 What if I told you that American church growth – as presently constructed – might harm the country and the witness of Christ more than church decline? Sounds crazy, even laughable, right? Well, the sad truth is that such an idea is not crazy, and I am certainly not kidding. I am lamenting.

But first, a bit of good news: As a pastor or church member living in Virginia, you may want to know about a shining moment in Virginia Baptist history. In 1785 the BGAV (then called the Baptist General Committee of Virginia) issued an official statement opposing slavery and issued an even stronger statement 5 years later in 1790. Yes, almost 100 years before slavery was abolished in the United States, Virginia Baptist denominational leaders made statements opposing slavery (hooray!).

Here is the bad news: there was a significant backlash from the congregations when the 1790 statement was released, and as a result, the same denominational leaders who released the statement reversed course, arguing that slavery was a “civil” or “political” issue, outside the scope of the church. Ever heard someone say, “don’t get political”? The roots of that logic are rooted in a legacy of evading the hard moral issues that make white Christians uncomfortable (e.g., racial injustice), to the detriment of us all.

Part of the reason we are still struggling to confront the reality of racism and white supremacy as a country is because too many white-led churches have provided shelter and theological cover for white fragility over centuries. White Christians fully expect their pastor and church to proclaim Jesus in a way that protects them from having to talk about race and social justice – and it is killing us spiritually and physically. The witness of Christ is being dragged through the mud.

Given the recent track record of white American pastoral leadership, generally speaking – whether it is the cowardly refusal to publicly denounce Trump’s racism, or the overly zealous assaults on critical race theory, or the unwillingness to lead sustained discipleship practices around unlearning white supremacy – we can reasonably conclude that if every American citizen attended churches pastored by such leaders, American society would become more racist, not less.

This is why I lament in thanking God that the American church is not growing.

Until pastors become more courageous and less controlled by the fragility of their congregations, we will have to rely on allies outside the church to make society more just, welcoming, and loving for everyone. And until pastors become more willing prophets, we cannot trust them to produce followers of Jesus who can truly love their non-white neighbors beyond simple pleasantries and being “nice”.

There is a fearful holding on to power that is happening in white evangelicalism that will become increasingly unloving and unwelcoming as they seek to retain cultural hegemony in ecclesial spaces. It is up to white pastors to lead the resistance against such inclinations and to show their congregants a better way – the way of love. As conversations around race, gender, and social justice are becoming more mainstream, many white Christians will be looking for refuge in your churches from these conversations. You cannot give it to them – no matter how scared you are or how many members you will lose or how ignorant you feel about the issues – giving refuge would simply be 1790 all over again.