Insights from Proverbs on Leadership

Insights from Proverbs on Leadership

An average president is a suboptimal leader who restricts the best future possibilities.  He or she reflects the best of the worst, but he or she reflects and suppresses the worst of the best in demeanor and decisions.  Like a cult leader, they distract from evidence, truth, and dissent by narcissism, controls, chicanery, and charisma that thwarts accountability.  Hence, any institution or nation can be deceived as by a hidden viper.  Invariably, any nation that is seduced by this type of leader will suffer much chaos and trauma, leading to the tyranny of mediocrity.

Unfortunately, as a Christian for 57 years, I have observed that many believers have neglected pertinent biblical insights about leadership in the Book of Proverbs.  Astute saints will never omit the Book of Proverbs because it instructs us about the character and consequences of leadership as written by the wisest human ruler outside of Messiah.  For brevity’s sake, I will briefly sample a few penetrating truths about leadership.

Proverbs 27: 19 testifies that godly character always matters in leadership.  Rather than the ephemeral leadership based on tantalizing stimuli, good character is likely to produce good fruit or constructive outcomes.  In contrast, as Proverbs 28: 3 indicates, those leaders who oppress the poor yield a flood of unfortunate conditions.  Ungodly rulers and their supporting regimes lack justice (Proverbs 28: 5-6) and produce traumas (Proverbs 28: 12, 15, 16, 21, 26, 28).

Even Proverbs 29 depicts the multiple consequences of the wrong type of leader.  In Proverbs 29: 2, 3, 6, 7, and 14, one observes the positive impacts of dimensions of wise leadership patterns.  In direct contrast, Proverbs 29: 8, 12, and 16 document the perverse results associated with a wicked leader.  Whether pastors, teachers, politicians, and others with authority over human beings, any leader who fails to inculcate these principles does a disservice to citizens under them in every society.

When it comes to evaluating real leadership, many citizens lack biblical criteria for evaluating leaders.  They are biased in ignoring the full dimensions of leadership (Proverbs 25:2).  They choose the best of the worst, thereby causing self-inflicted misery that is not remedied.  Wisdom requires a tenacious search for truth rather than a pacifier of superficial biases, a lackluster effort based on segregation or popular stereotypes.  A wise person is not impressed by simple slogans or the wizardry of popular culture, rather, he or she challenges or questions traditional patterns of dominance and the strongholds that enslave human beings in their minds and spirits.
(Proverbs 21:22).  Let whoever has ears to hear find the best leaders for our times. 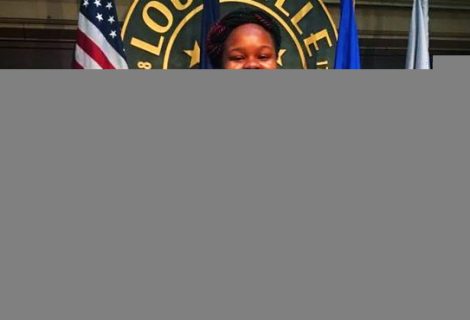 Police Negligence and Criminality?
Are We There Yet?: A Dream for Biblical Justice
Acknowledging the Great Contributions of Slaves to Building the United States